Tohoku University: Operational Reform Through Acceleration of DX and Enhancement of Remote Work Environment for Office Employees with Introduction of 1,238 Chromebooks

In June 2020, Tohoku University issued a Declaration on Transition to Online Office Work.  Last July, it was the first national university to create a Chief Digital Officer (CDO) position and launched a project team for promoting operational DX.  As part of its work style reform efforts for the New Normal, the university shifted its work to the cloud and introduced 1,238 high-performance Chromebooks (ASUS Chromebook Flip C434TA).  We talked to Mr. Sho Kawakami, Chief of the Online Operations Promotion Section of the Information Department, Ms. Makiko Muto, senior staff, and Mr. Masayuki Okada about the background behind the introduction of this environment and how it is utilized.

Progress on DX at Tohoku University

In 2016, based on the lessons learned from the Great East Japan Earthquake, we introduced virtual desktops as a part of our Business Continuity Plan (BCP).  Connecting to a virtual client allows users to access their work environment from anywhere and has also made it possible for us to accommodate remote work.  In fiscal 2019, we introduced Google Workspace for Education (formerly G Suite for Education) as the infrastructure for cloud operations.  After that, in response to the rapid spread of COVID-19, we enhanced our information infrastructure by introducing Zoom, Microsoft 365, Cyboz Garoon, and other apps.

Launched in fiscal 2020, the project team for promoting operational DX is comprised of 56 young volunteer office workers and is an organization that promotes various operational DX across departments.  In order to promote operations without designated points of contact, seals, or workplaces, as set forth in the Declaration on Transition to Online Office Work, we shifted various procedures online, systematized electronic approval, and prepared rules and manuals related to remote work.  In April 2021, the team supported the introduction of remote work and flextime.

Currently, we are looking into introducing cloud PBX as a system for answering calls made to the office at home, in order to improve the remote work environment, and we are conducting tests accordingly.  In addition, we introduced a chatbot that handles university-wide inquiries in Japanese, English, and Chinese to increase the efficiency of operations.  This is a first for a national university.

Prior to introducing virtual desktops, each department purchased their own PCs, so it was difficult to manage the number of PCs and the operational environment.  In addition, the backbone systems (finance, education, and personnel) were on shared terminals (dedicated PCs for using operational systems), so different PCs were used for different operations.  If someone was already using a shared terminal, you had to wait.  Furthermore, when personnel transfers took place, you had to use a different PC, so you had to copy the data with a USB memory stick and move it to the new PC. Things were inefficient.

To address this situation, we introduced virtual desktops (VDI) so that all employees could work in a unified environment.  By connecting to the virtual desktop from their PCs, office workers were able to access the various backbone systems necessary for their work.  Even if PCs change due to a personnel transfer, the data necessary for work is saved on the virtual desktop, so there is no longer a need to transfer data using a USB memory.

The introduction of virtual desktops solved previous issues, but over time, new ones arose.  First, there were several OS updates following the introduction in 2016, so the virtual desktops became slow.  In addition, in order to prevent the spread of COVID-19, it became necessary to limit the number of contractors and employees entering and leaving the university, making it more difficult to maintain the servers owned by the university.  The necessity of migrating to the cloud became clear from the standpoint of BCP, as well.

We introduced Chromebook in October 2021.  Prior to that, the thin client terminals that had been introduced for connecting to virtual desktops did not have cameras or microphones, but at that time, this did not create any significant inconvenience.  That is because in 2016, when we introduced the virtual desktops, we were not holding web conferences.

When we had to start doing web conferences due to the spread of COVID-19 in 2020, we sometimes had to use separate USB cameras.  However, these USB cameras were not always recognized by the virtual desktop, so this prevented smooth hosting of and participation in web conferences.  This made it increasingly necessary for office workers to have terminals with cameras that they could carry around.

We decided to go with Chromebook from the standpoint of ensuring security when carried about for remote work, focusing on its compatibility with Google Workspace for Education, introduced in 2019 for all faculty members and students, how fast it starts up, and how it does not keep data locally.  In addition, because Chromebook runs individual web pages and applications in a restricted environment called a sandbox, even if a virus-infected page is opened on a Chromebook, it will not affect other tabs, apps, or elements, so that gives us peace of mind.

Prior to introducing Chromebook, we looked into multiple models at the Online Operations Promotion Section.  When we tried a model with the same specifications as the GIGA school concept model introduced at elementary and junior high schools, sometimes there was audio latency or the video would cut out during a web conference with many participants.  In addition, most of the GIGA School concept models were 11.6 inches, and some said that a Chromebook of that size would be too small to work on at home.

As such, we went with 13- to 14-inch displays so that they would be easy to carry around but still large enough to be comfortable working on.  As a result of bidding, we went with a model with a 14-inch display, 8th generation Intel® Core™ m3 CPU, 8 GB of memory, and 32 GB of storage.  We purchased a total of 1,238 Chromebooks (ASUS Chromebook Flip C434TA) with higher specs than the GIGA school model for office workers.

The existing thin client terminals were desktops that were used with monitors as a set, so they could not be taken home for remote work, which made them inconvenient.  This led to the use of personal terminals for remote work.

ASUS Chromebook Flip C434TA we introduced are laptop-type terminals with large 14-inch screens.  They are thin and easy to carry, so I think that this will be good for remote work.  They also have built-in cameras, so users can connect to web conferences without any problems.

In addition, ASUS Chromebook Flip C434TA are the 360-degree flip type, so they can also be stood up like tents or used as tablets.  Many employees connect their favorite keyboard and display and work on two screens. I personally often use three screens to work on, and I can open various data files simultaneously, so I feel it makes the work more efficient.

The various settings information is linked to each Google Account, so when accessing the account from a device at their new workplace, the user is able to continue working without migrating their data such as previously created files and Chrome Browser bookmarks.  In addition, there are more opportunities now to distribute and browse documents on Google Drive, so the amount of files printed has also decreased substantially.

However, the virtual desktop is Windows, and the connecting devices are Chromebooks, so there have also been some unexpected problems, such as not being able to use shortcut keys across operating systems as desired.  There are also many printers and scanners that do not support Chrome OS, and even if they do, sometimes it’s not possible to choose the paper tray.  In this case, we handle it by using a Windows PC.  It’s not a particularly significant problem.

The university has already adopted a BYOD system for students, and they come with their own devices.  There’s no stopping the acceleration of digitalization.  I think it’s important not to think that different equals bad but rather to have a positive attitude of seeking out and utilizing new methods.

We’d like to thank the Operational DX Promotion Team of the Online Operations Promotion Section, Information Department, Tohoku University for their cooperation.

◆Reseller: Otsuka Corporation
Since its founding in 1958, Otsuka Corporation has consistently supported the informatization and operational efficiency of its customers.  It delivers one-stop solutions and one-stop support through multi-vendor support that is not limited to a specific manufacturer and multi-field support covering a wide range of offerings from office supplies to general IT solutions. 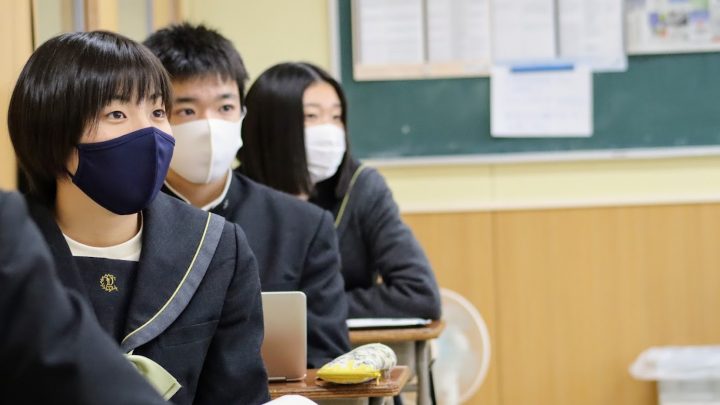 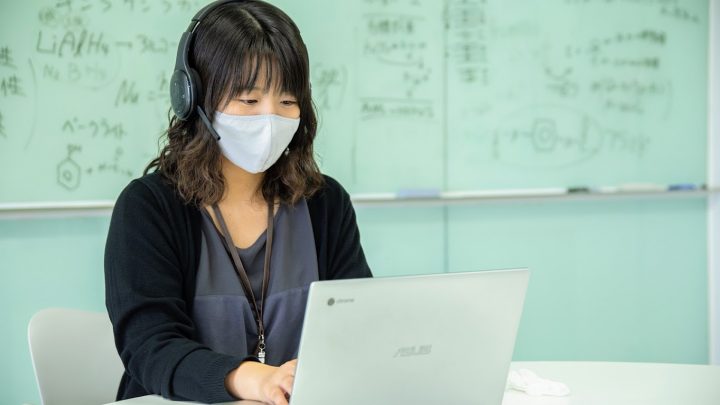 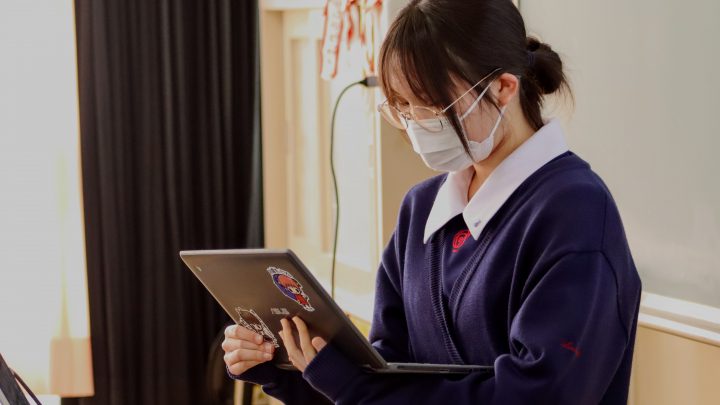 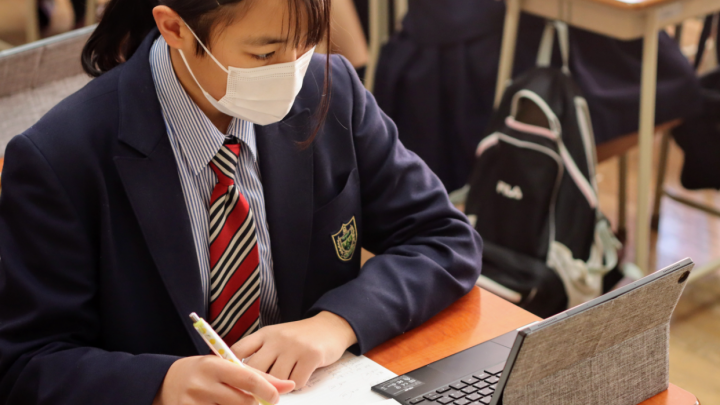 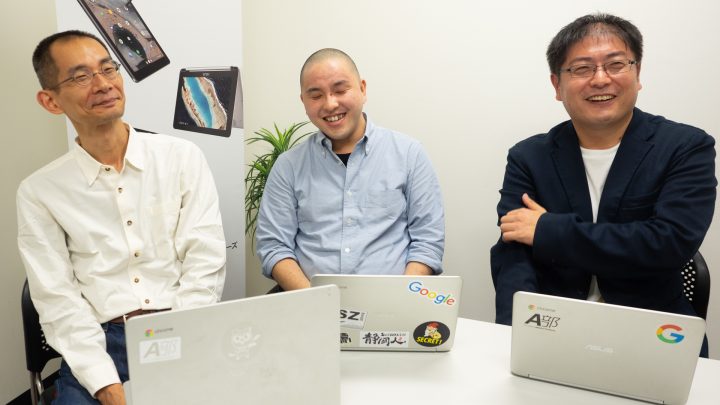 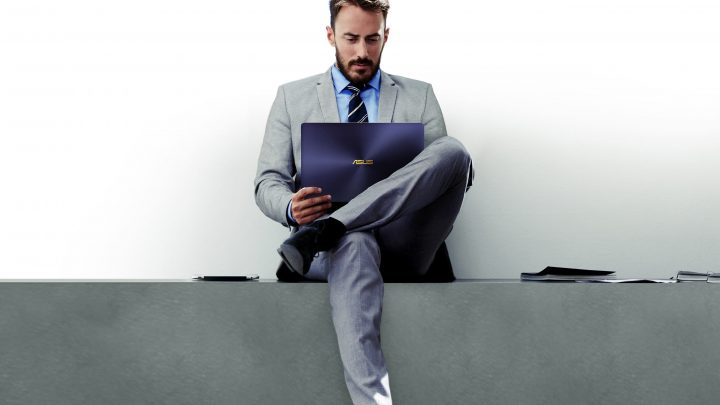 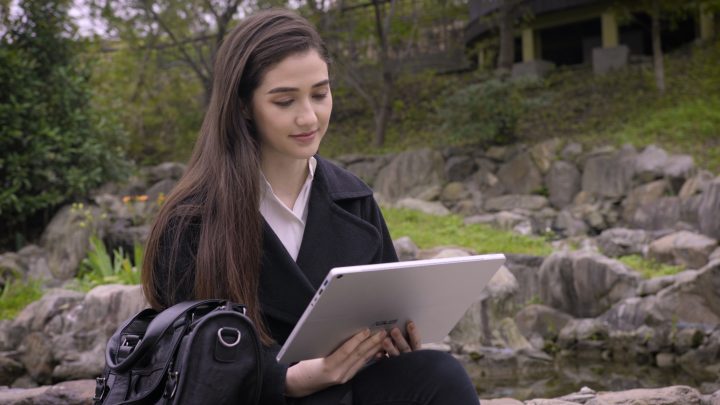