From sweeping coastal cliffs and raw-hewn islands to waterfalls, ruins, and ancient Roman palaces, Croatia is absolutely stunning. So, it’s no surprise that this small Mediterranean country is one of Game of Thrones’ key filming locations. We set out with our ZenFone 3 to find and photograph some of the show’s best spots, from the most-frequented to the little-known. 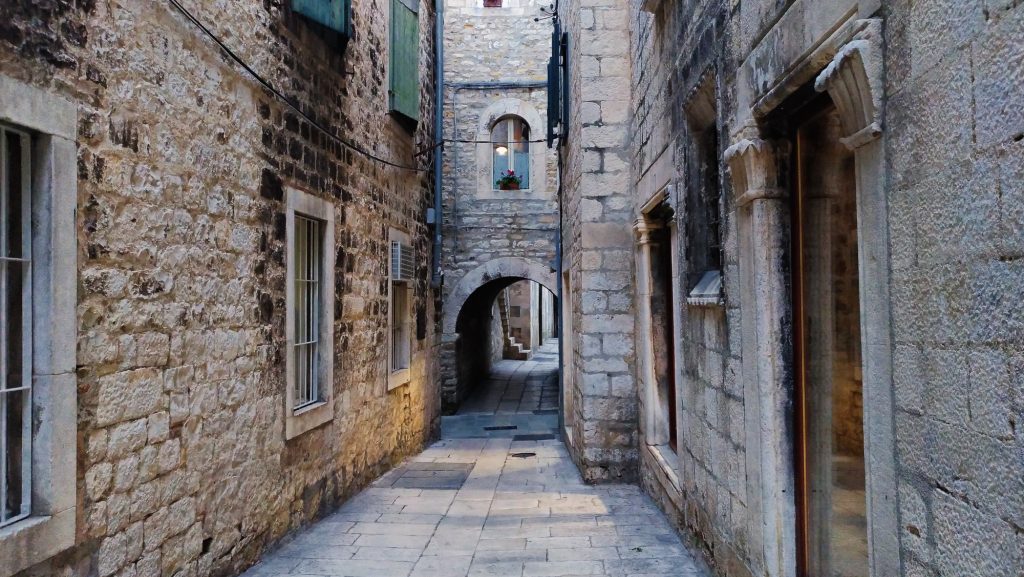 Make a medieval alleyway moodier with Manual mode’s EV (exposure value) bumped down to -.3, -.6, or even -1.

Wander the worn cobblestones of Split’s beautiful old town and be transported to the ivy-strewn alleys of Meereen. In season five, Daenerys Targaryen leads a slave revolt through these streets, including this recognizable archway on Papalićeva—just steps away from Diocletian’s palace. 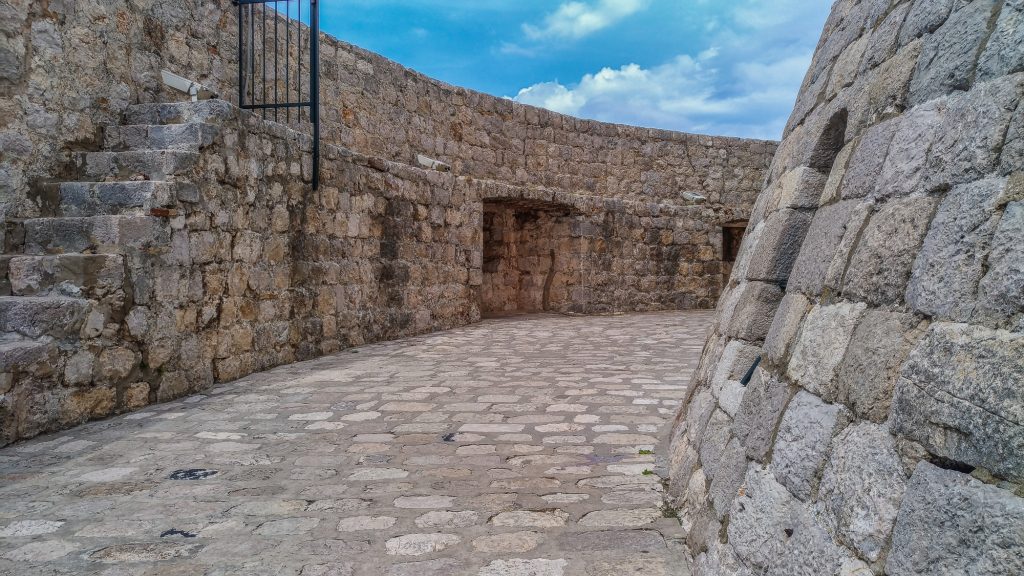 Use Super Resolution mode to capture all the details of textural scenes like these medieval fortress walls.

14th-century Minčeta Tower has rich, real-life history as the Dubrovnik medieval walls’ highest point; this fort was an important defensive position when the bellicose Ottoman Empire threatened many surrounding kingdoms. But head down the stairs to the tower’s angular base, and you’ll discover where the building becomes the House of the Undying. This powerful warlocks’ home is where the Khaleesi desperately searches for her stolen dragons in season two. 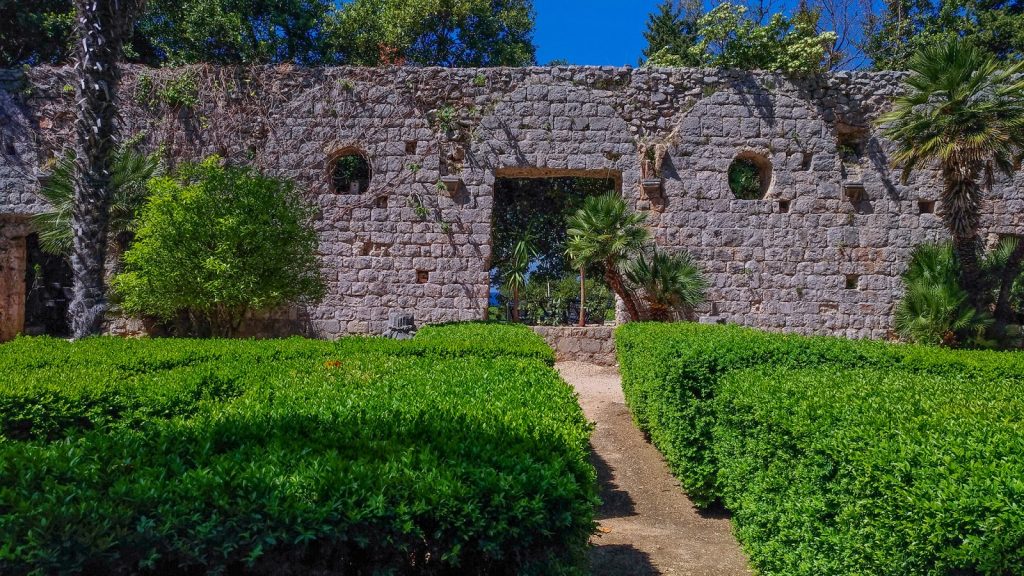 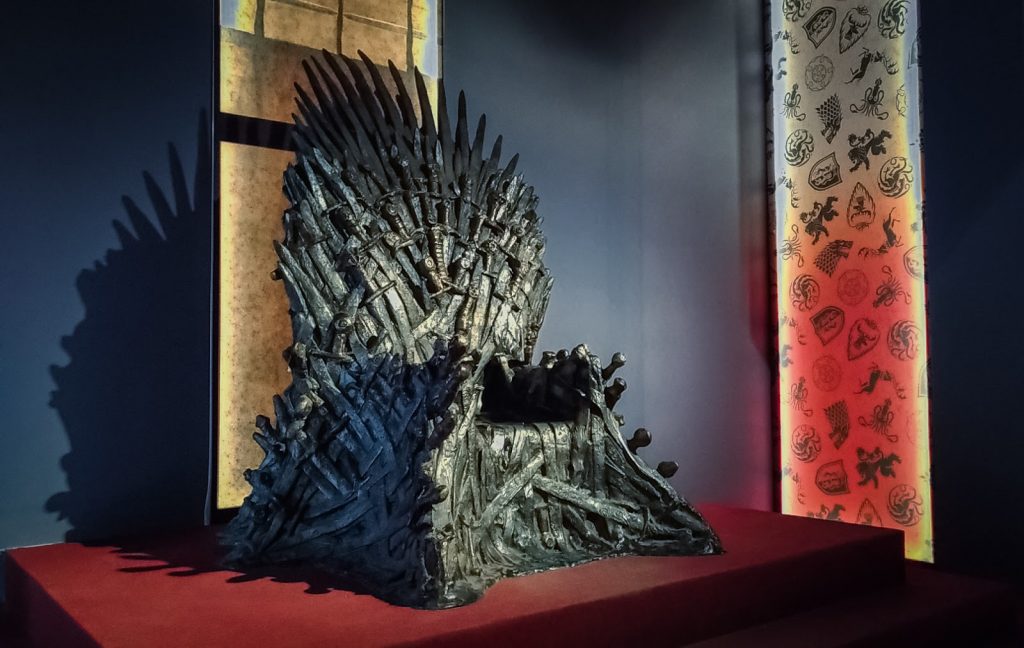 Duck inside Lokrum’s monastery to discover a Game of Thrones exhibit, including a short documentary and full-size Iron Throne replica. Barely mentioned in any guidebooks or online, this is a hidden gem that shouldn’t be missed. 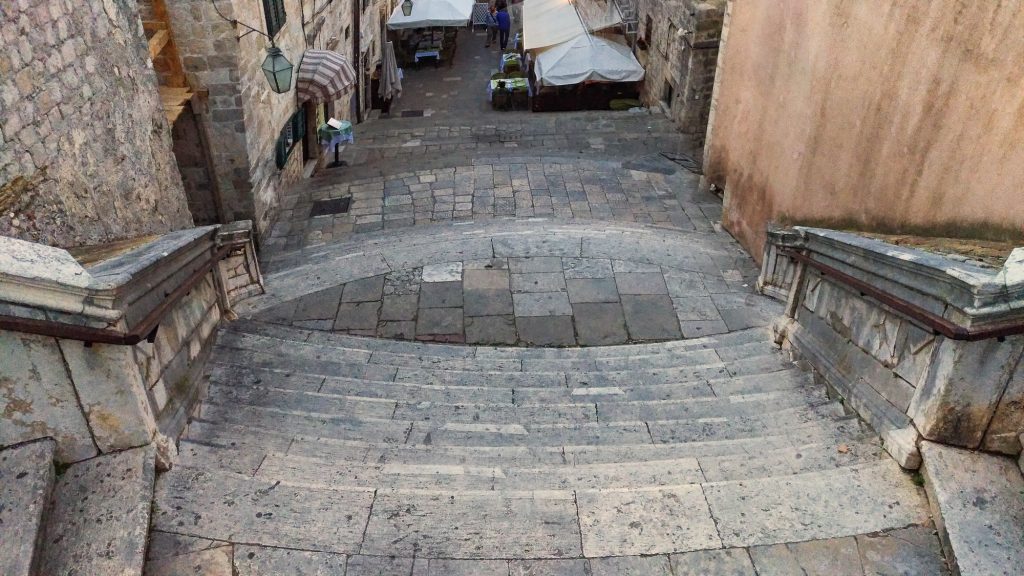 People walking through your shot? Use Smart Remove mode to automatically capture a five-photo sequence and intelligently remove moving objects.

Just below Saint Ignatius Church is Dubrovnik’s beautiful Baroque staircase. These stairs achieved infamy in season five when Cersei Lannister is marched naked through the streets, pelted with food and other unmentionables as punishment for her sins. Because the scene takes place outside a church, special filming permission was required. In fact, it cost $50,000 per day to film the scene. If you visit, pause to appreciate just how much CGI was required to turn the city and stairs into King’s Landing. 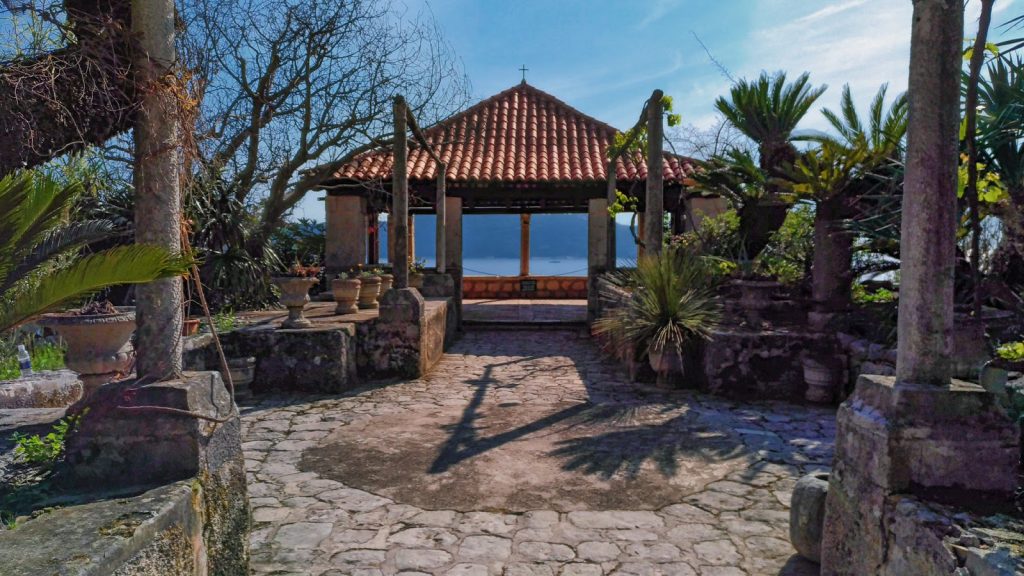 Not only is Trsteno one of the world’s oldest arboretums, but in seasons three and four it becomes the Red Keep’s palace gardens and House Tyrell’s seat of power, Highgarden. While there are many familiar filming locations to discover here, one of the most recognizable is this pagoda, where Sansa Stark warns Lady Olenna Tyrell and Margaery Tyrell about King Joffrey. 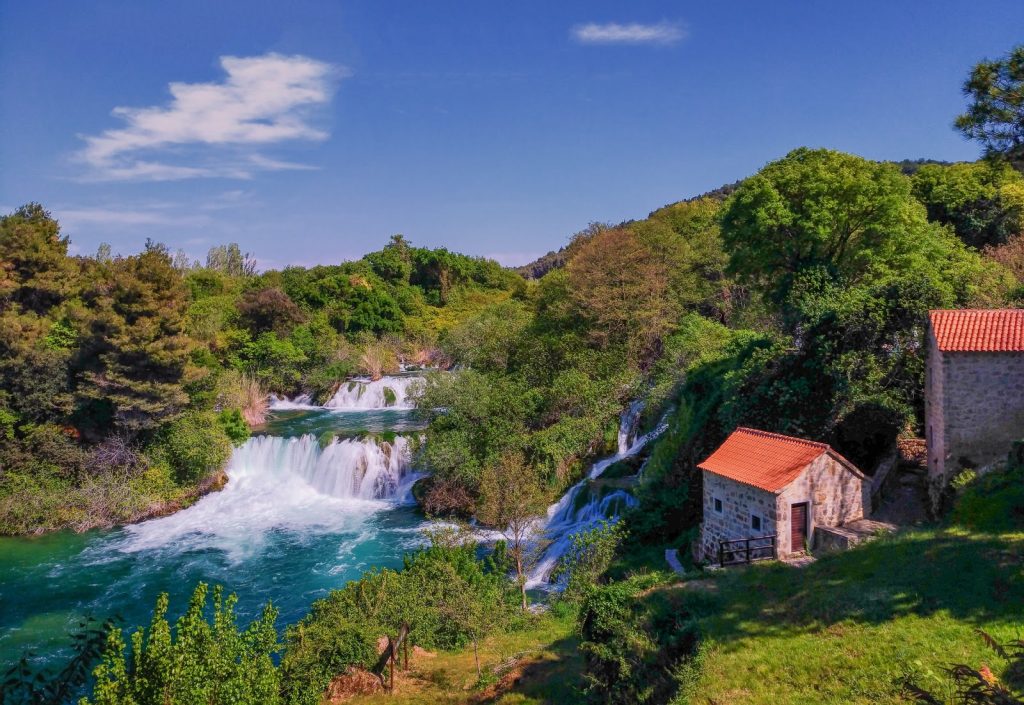 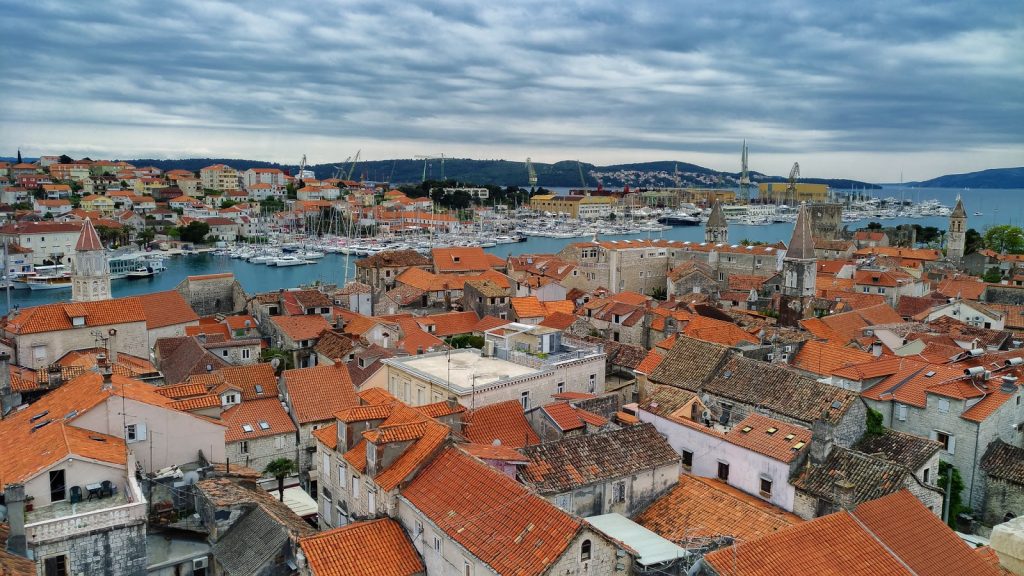 Manual mode’s on-screen level “locks on” and turns green for an even horizon every time.

Forty minutes outside Split, immerse yourself in Trogir’s Renaissance- and Baroque-style buildings. In the show, this UNESCO world heritage site becomes Qarth, the “greatest city that ever was or will be.” Head to the harbor, the busy Qartheen hub for sea trade, as well as St. Dominic Monastery, where many scenes were shot. 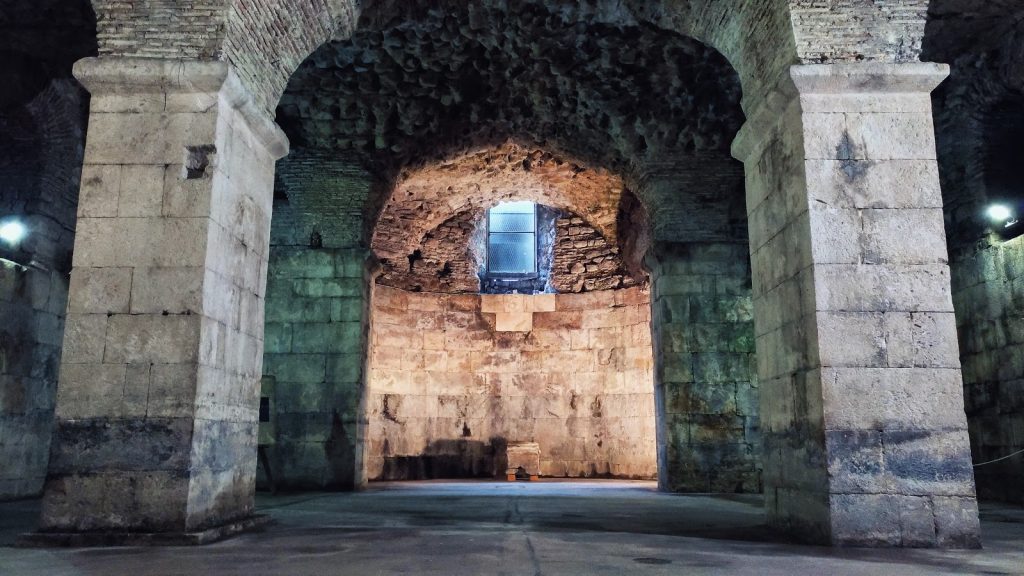 Diocletian’s Palace is the largest and best-preserved Roman palace ruin in the world. It’s also completely open to the public. Descend into the basement and explore the extensive cellars, otherwise known as the Khaleesi’s throne room and the location where locks up her beloved dragons in season four. 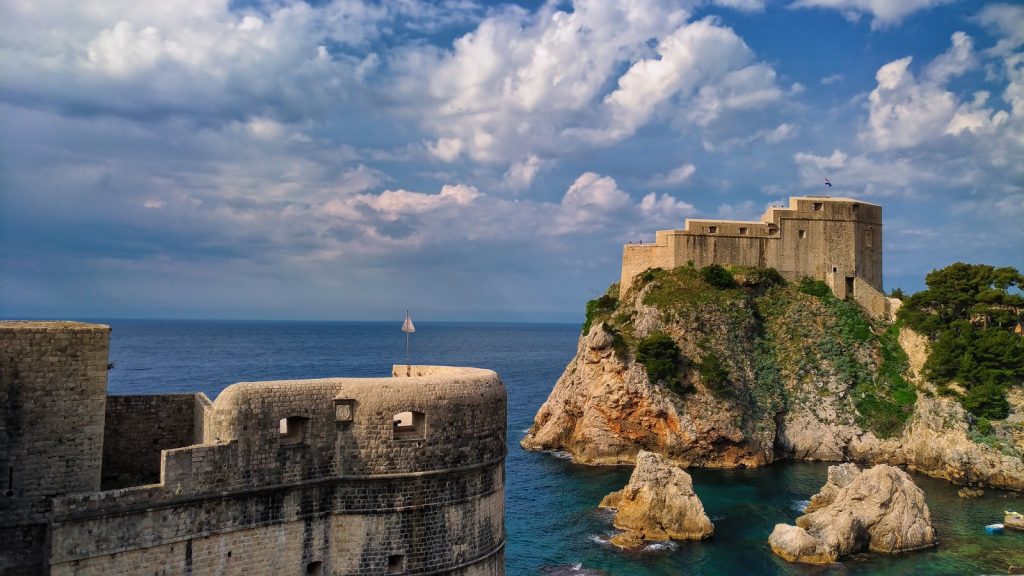 Top of the list has to be this incredible fortress. Dating back to the 11th century, Lovrijenac perches on a high rock beyond the Dubrovnik city walls. Once upon a time, it defended the city from attack. Today, it’s the Red Keep, home to the Iron Throne. And, as you’re walking the city walls to find it, you’ll surely recognize many other sights from King’s Landing.

Whether you’re searching for dragons in breathtaking Game of Thrones locations or finding beauty in the everyday, the ZenFone 3 is built for photography. Learn more about how its camera will capture awe-inspiring and true-to-life photos on your next epic quest.