All aboard the ZenFone Zoom!

When my parents bought their first house together, when I was just six months old, they didn’t realize the house was just a couple hundred meters from a busy set of train tracks. Several times a day, from morning until the middle of the night, trains would pass by our home. Because the sound was ever-present from the time I was a little baby, it quickly became background noise, something none of us ever really noticed. And, in fact, we were far enough away from the tracks where you could barely hear the trains going past while you were in the house unless the windows were open. To me, the sound of a train is the sound of summertime. I guess that’s why I’ve always loved trains, they were a constant part of my life when I was growing up.

When I finally moved away from my parents’ home, out on my own, the places I lived never happened to be near any train tracks and I actually missed the sounds of the engines and the cars following behind them. So, when my husband and I bought our first home together a couple of years ago, I was delighted to discover our house is just a couple of blocks away from a short-line engine house, which is basically, a small structure where trains come and go for maintenance. Although I don’t have a direct sight line to the tracks, I can hear when the conductors blow the horns as they pull up to the engine house, or when they’re going through a train crossing. What a great sound!

Believe it or not, train photography has a huge following. People who love trains often love taking photographs of them, and I’m no different. Capturing a good train shot can be challenging but not impossible, especially using the ZenFone Zoom and many of its shooting modes. 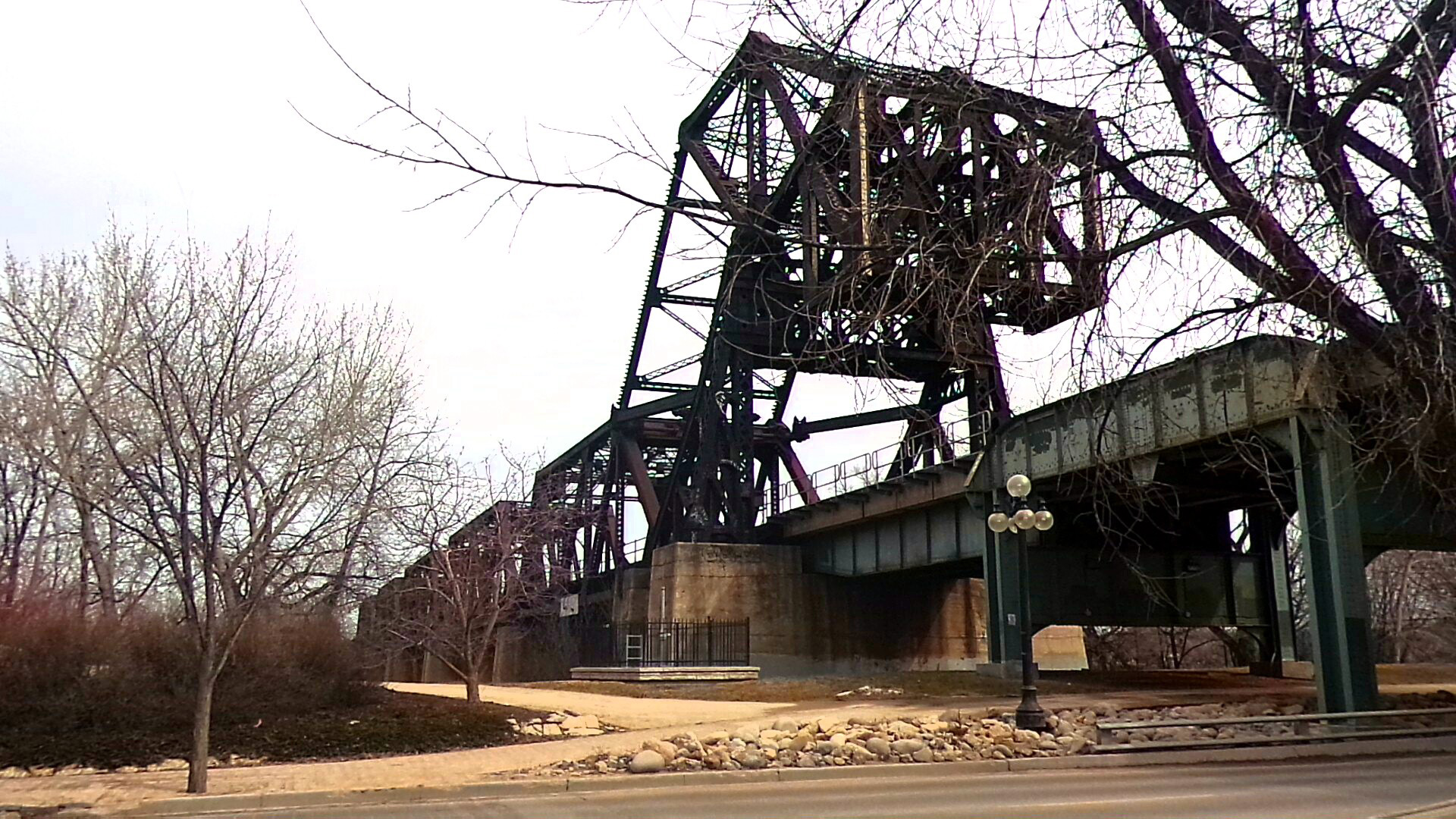 Capturing a train in motion is actually pretty easy, considering they don’t travel at a lightning fast rate of speed. Even in auto mode on the Zoom, you can get a nice, crisp freeze-frame of a train going past. Though, you do have to be paying attention and thinking ahead; it’s a good idea to look further down the tracks if you’re trying to capture a specific type of train car, and get your camera set up so you can hit the shutter when it enters the frame. If you’re not ready and waiting for your subject to pass through, you may miss it.

My favourite part of any train is the triangle of lights on the front of the engine. There’s something ominous and powerful about those lights when you see them approaching a crossing. You can see the lights any time of day but taking a shot at dusk is the best time to get a photo of them. It’s still bright enough outside to capture detail of the surroundings, but dark enough that the lights really stand out. The ZenFone Zoom’s low light and night shooting modes are very helpful to snap a shot like this, as they work to bring the most light possible into the camera even when it’s not very light where you are. Oddly enough, I also love train tracks. While the trains themselves are awesome, the track infrastructure is fascinating. Many decades after the advent of the train, it’s still so simple: the steel tracks, the giant bolts holding them together, the railway ties running perpendicular to the tracks. Capturing a nice photo of tracks is fairly easy, especially using the Zoom. Depending on where you touch the screen on the phone, the camera will set its focus to a different spot, allowing you to choose whether you want a short depth of field or a long one. It’s quite simple, and the results can be quite beautiful (well, beautiful if you love trains, I suppose!)

Interestingly, I’m told it’s somewhat rare to be living in a city where trains regularly pass through residential neighbourhoods and business areas. In many places, tracks have been moved over time so they no longer disrupt traffic or quiet areas where people live. My city happens to have been a hub of train transportation when the railways were established, so many of the tracks still exist in the middle of town, even if no trains run on them anymore. One of my favorite spots is an old, decommissioned train bridge near downtown. Although it’s no longer operational, it’s a well known landmark, and to me, almost a piece of art. It’s easy to get a nice photo of the structure, all I’ve ever had to do is put the ZenFone Zoom into the easy-to-use automatic mode and let the bridge do the talking.

The one thing I’ve never captured a photo of is a caboose. For the most part, cabooses are no longer the last car on a train; many railway companies stopped using them as technology moved forward and the engines could do all of work without needing any help from the little cars at the end. But, there are still some cabooses out there and I hope one day, maybe on a lovely summer evening at dusk, I’ll get lucky enough to snap a photo if one goes by.

Learn more about how the ZenFone Zoom fits into your life at ZenFone.ASUS.com.